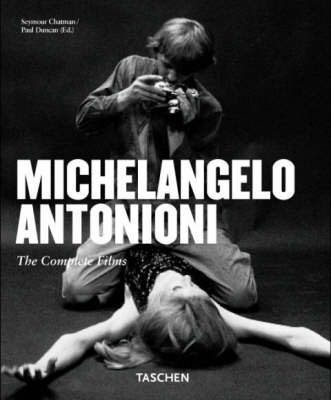 Film Noir is a departure from the director based books in the series concentrating (unsurprisingly) on film noir – the cover starkly depicting the tattoo “Hate” on Robert Mitchum’s gnarled hands from “Night of the Hunter”. Rather than try and cover everything Silver & Ursini wisely narrow their sights in two ways – first, despite getting a few passing mentions, the wave of neo-noir films of the seventies and beyond are largely left to the sidelines in order for the classic noir age of the forties and fifties to get more page space. Secondly, each chapter is taken thematically with one key film and its maker singled out for more detailed analysis – a good way to touch all bases without the book becoming an illustrated list. Some of the films covered include: In A Lonely Place, Double Indemnity, Kiss Me Deadly, Out of the Past and Touch of Evil. Silver & Ursini are clearly in love with their subject and try to convert the casual reader to their Noir cause. Placing the films in their social and literary context they seek to explain why the movement became so popular – particularly critically (although initially derided by studios and critics alike as B-Movie fodder) through Cahiers du Cinema. This is a great introduction to the subject but it also offers plenty for those already familiar with the genre. The large number of quality illustrations will appeal to almost anyone and make Film Noir an essential purchase – most jarring is the number of full colour photos of films that were shot in black and white; it’s quite a shock at first when you are familiar with the films. In short, something for everyone.

For one of the most respected of world film-makers Michelangelo Antonioni’s work is surprisingly awkward to come by – a couple of Region 2 DVD’s (Blow-Up and the sporadically interesting Beyond The Clouds) and a handful of those nicey-but-pricey Criterion ones. Even on VHS there were a couple of releases by the BFI but that was about it. True his films are intrinsically cinematic – elaborate long takes, sumptuous cinematography and a pace that requires the kind of concentration that only a darkened room with limited toilet break facilities offers – but that doesn’t seem to stop others. And yet there is a plethora of books dedicated to this artist who remains best known as a cinematic stylist. Seymour Chatman adds another book on Antonioni with the latest in Taschen’s Complete Films series but the shadows of his previous academic works (both as author and editor) seem to give the book a slight slant away from an introduction to Antonioni’s work. Once again the pictures are the stars with many exclusive shots to drool over. Indeed a large bulk of the pictures on show are of Antonioni himself working on his films, either supervising an elaborate crane shot on the set of The Passenger or precisely arranging cavorting bodies for Zabriskie Point. The reproduction gives a good indication of Antonioni’s mastery of colour compositions.

Any Cop? Excellent value for money with plenty of rare photographs to savour – Noir Films is an essential purchase, Antonioni is more likely to appeal to fans only.