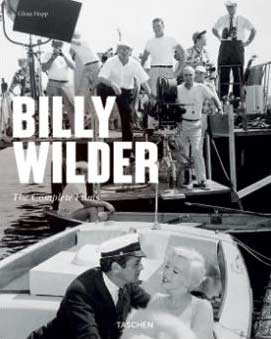 Bitesize: Excellent new Taschen series shoots straight into the number one spot of the “new film books we must own” list . . .

Benedikt Taschen has become a global publishing phenomenon with his range of well-produced but reasonably priced books. In the past these have tended to concentrate on artists (making books about the great painters available to the masses without needing to re-mortgage the house), photographers and architects. Added to this, the shameless publication of art-erotica which has meant that he always has shelf presence. Many of the books have also been designed to within an inch of their lives – the stocking clad Elmer Batters’ book and the kitsch quilting of their definitive Pierre et Gilles tome being fabulous cheeky classics.

Taschen now have a new range to add to their formidable catalogue but this time the focus is on film. While their books about film decades (Cinema of the 90s etc) have been available for some time and their exhaustive book on Billy Wilder’s Some Like It Hot must be in the top ten of most cinephiles’ “must have” coffee table books, this new series focuses on individuals and film movements.

The first four in the new series have just been released and the prospects are looking good.

First thing to bear in mind is the price. These are competitively pitched at just £9.99. To put that into perspective that’s just one pound more than a BFI film classic book – and Taschen’s books weigh in at a healthy 192 pages of glossy print, housed in a stylish plasticised semi-soft cover. Very swish. Each book is profusely illustrated too. Very occasionally the grain shows on some of the double spread pages but this is not intrusive and is countered by the rarity of many of the stills on offer. All feature a number of “behind the scenes” shots of the film-makers at work.

Stanley Kubrick: The Complete Films by Paul Duncan follows the life of the occasionally enigmatic director from his years as a photographer through to his final film Eyes Wide Shut. Duncan views his subject as a visual poet of the cinema whose formalist approaches to film-making struck a chord with the viewer by immersing them into an entirely aesthetic world. He counters claims of Kubrick’s reclusive nature and dismisses media claims of grandiose behaviour by examining the energy and commitment that the director put into all of his projects, even Napoleon, planned but never made. Kubrick’s meticulous attention to detail is shown perfectly in a wonderful still from the set of Spartacus where he has extras playing corpses don numbers so that he can position them with pinpoint accuracy. 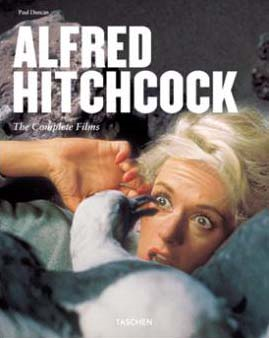 Alfred Hitchcock: The Complete Films (also by Paul Duncan) has the unenviable task of distilling the director’s lengthy career into a tight wordcount. It’s a tricky balancing act – to produce an original tome about Hitchcock when there is already a plethora of books on the subject, but without alienating the introductory market who maybe are unfamiliar with Hitchcock’s foibles, style and numerous anecdotes. Much of the freshness here comes from the attention given to the early silent films that, while available on DVD in the States, remain largely unseen by anyone other than the diehard aficionado. Most Hitchcock books tend to focus on the key American films up to The Birds or concentrate specifically on the British talkies or the Selznick pictures. By giving a fuller view, the whole path of Hitchcock’s career becomes clearer to the reader. Again the illustrations are just what the doctor ordered – behind the scenes at the crane/dolly shot in Young and Innocent and an amusing Hitchcock “passing joke” on the inside back cover.

In Billy Wilder: The Complete Films, Glenn Hopp traces Wilder’s flight from Germany at the start of the Nazi uprising and his settling in Hollywood as a scriptwriter, moving into roles as director and producer. It’s the story of increasing attempts at autonomy within a rigid studio system, a system that gave freedom based upon previous successes. There is a constant sense of Wilder pushing the envelope regarding what he could show and the stories he could tell. The modern audience may be surprised at the battles he faced getting the classic Sunset Boulevard or Some Like It Hot to the screen; the latter (the AFI’s choice as funniest ever comedy) considered scandalous by some studio heads is now a regular family favourite. Hopp tells Wilder’s story in a succinct and engaging manner but sometimes details on the films themselves feel a little Spartan; they seem to be signposts for the creative process rather than showing the fruits of it. But then that’s what the pictures are for – there are plenty full page spreads with, perhaps, a touch of bias towards Marilyn Monroe.

As befits the more emotional outlook of its subject, Federico Fellini (Chris Wiegand) charts the director’s films from his (comparatively) restrained early films to the full-blown insanity of Casanova and beyond, by focusing on the subject. The critical pendulum that marked Fellini’s work (lauded with Oscar success with Amacord but shunned just a few years later for Casanova) is reflected in the periods of self-doubt and depression, particularly on the set of his masterpiece 8 ½ whose lack of completed script is recursively examined by the film itself, in what must surely be one of the most bizarre autobiographical films of all time.

Any Cop?: In all recommended buying for anyone interested or even simply curious about the film-makers covered. The “flick through the pictures” quality alone justifies the price for the casual browser but the sheer wealth of rare and essential stills makes them perfect for aficionados too. Splendid.

PinFacebookTweet
← John Wayne: The Man Behind the Myth – Michael Munn Sunshine on Putty: The Golden Age of British Comedy from Big Night Out to The Office – Ben Thompson →