By ColinAndMitch in Books With Us, Taschen on 17th June 2019. 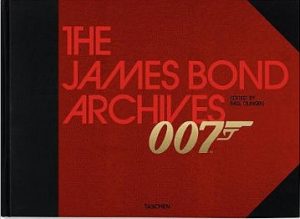 To celebrate 50 years of this innovative franchise, EON Productions opened their archives of photos, designs, storyboards, and production materials to editor Paul Duncan, who spent two years researching over one million images and 100 filing cabinets of documentation.

Our contribution to this book was the chapter on Moonraker.